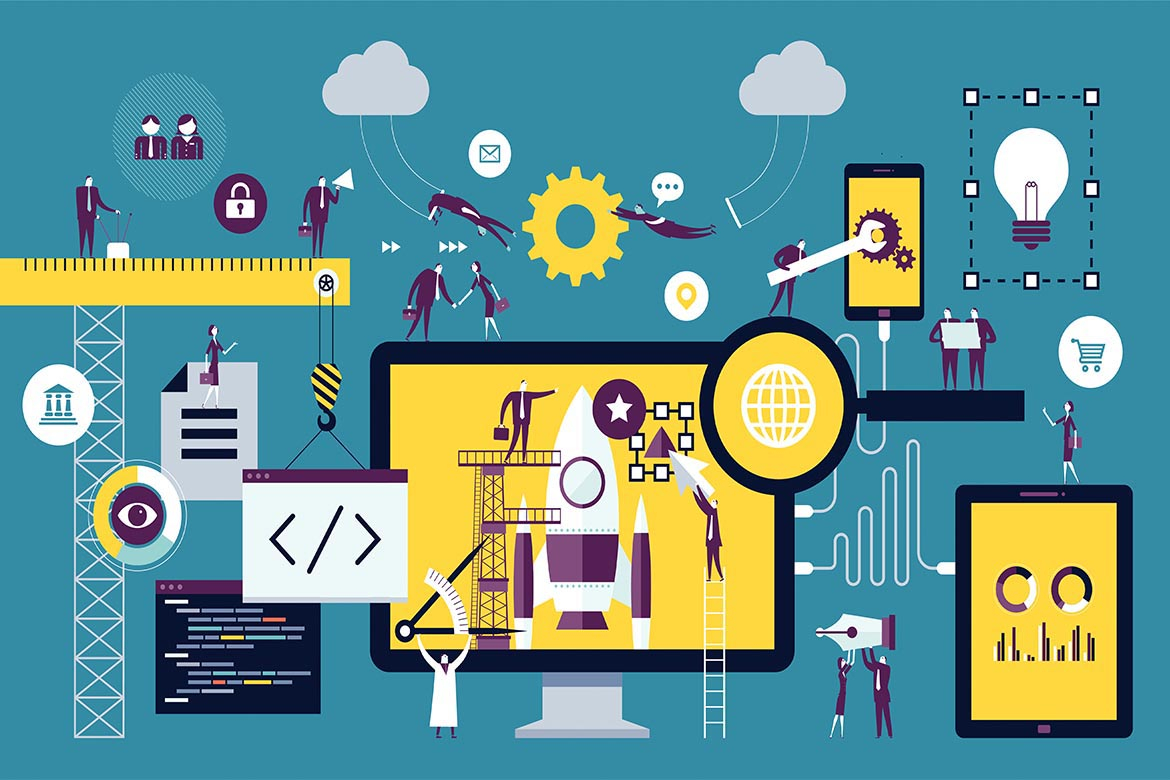 Where will you be in 2050? How much do you think about the future? Do you have a one-year, three-year and five-year plan? How about ten, twenty and thirty years ahead? How do you think the world will have changed by then? Do you have a clear understanding of the global strategic trends for security?

Most of our time is focussed on the day-to-day and current issues, but there is a team in the Ministry of Defence known as the Development, Concepts and Doctrine Centre (DCDC) that conducts horizon scanning out to thirty years to enhance foresight and tries to anticipate what changes are going to take place and how the MOD and others involved with security should prepare for them.

DCDC have just released their latest report ‘Global Strategic Trends: The Future Starts Today’, and Brigadier Ewen Murchison, Head of Futures and Strategic Analysis, from the DCDC introduced the report at the recent ASC CONSEC conference: “It is the result of two years’ work involving seventy research topics from over forty different institutions. It analyses future possible trends, considering their impact and the level of uncertainty around them.” This work began in 2001 and the report is now in its sixth iteration.

The conclusions of the report are presented as six key drivers of change that will shape and reshape our world, resulting in sixteen focus areas – where the potential for profound change to humanity is high – and from these, forty strategic implications – issues that need to be addressed.

In the Foreword, the Chief of Defence Staff, General Sir Nick Carter and Permanent Secretary Stephen Lovegrove outline the report’s aim: “The development of a working long-term view is indispensable to any organisation that seeks to think, invest and act strategically, notwithstanding that the only certainty about the future is the inherent uncertainty. Foresight can prepare us better for an unexpected challenge; agile adaption will close the gap.”

The report brings together information on a range of “discernible patterns of change” in a number of themes and examines them again in terms of geographic areas. It’s impossible to summarise all of the ideas and predictions, but some highlights are provided here:

The recent past has seen the impact of major floods, drought, storms, heatwaves and heavy rainfall. Not surprisingly therefore, a key message from the report is that, “The climate is changing and will have major consequences for humanity” and without action to mitigate this, “it could become a driver for instability and conflict”.  There is a further stark warning about the availability of water: “Systems to mitigate food and water scarcity and disruption to supply need to be developed”, with a forecast that “almost half of the world’s population is unlikely to have reliable access to clean water by 2050”. The security implications for other environmental issues are covered such as waste management, landfill sites, plastic, sea level rise and pollution.

The global population is expected to increase to 9.8 billion by 2050, with developing countries growing rapidly and most European and Asian countries shrinking, with a quarter of their population over 65. Migration will continue to increase: “on current trends, there will be around 400 million international migrants in 2050”. Increasing numbers of people will live in towns and cities: “with most of the world’s population living in urban environments, the future of humanity will be intrinsically linked to the future of cities”.

The good news is that “more people are expected to escape absolute poverty and be able to access health care and education” and the number of people dying from infectious diseases will decrease. However, today’s non-communicable diseases, such as obesity and dementia, will continue to increase.

It is predicted that “individualism and personal empowerment to enhance person fulfilment will grow but may lead to fragmented societies and individualism”. This may be coupled with growing division between countries with liberal views and those with traditional ones.

On the more futuristic side of health, there are a number of predictions, including, “Although the technical barriers are formidable, by 2050, brain-to-computer interfaces may allow people to augment their mental abilities.”

There is a changing economic balance, with the centre for economic power shifting eastwards. The seven largest emerging economies – the E7 (Brazil, China, India, Indonesia, Mexico, Russia and Turkey) – are likely to have increased their share of the global economy to almost 50% by 2050, surpassing the G7 (Canada, France, Germany, Italy, Japan, the UK and the US). The report examines other economic areas, including economic resilience, warning “Countries (like the UK) whose financial economy is much bigger than the national economy may be particularly vulnerable to the effects of an economic crisis and possibly malicious financial manipulation.”

A key industrial trend is the increasing automation of industry. Many of the technologies that will transform manufacturing are already emerging: “The use of computer-aided design and 3D printing may rapidly reduce development and production times.”

Technology will change jobs and skills: “The number of jobs that machines can do more effectively than people appears to be growing inexorably.” And “the change to a significantly more automated world is likely to happen faster than previous transitions, thus increasing the risk of societal upheaval, grievance and violent protests by the disadvantaged.”

In particular, the use of AI and automation could transform economies, creating global and domestic inequality and could result in instability: “While AI is likely to bring many benefits, there are risks to embracing this technology. The effect of artificial intelligence on jobs may be disruptive, at least in the short term, and it could be used maliciously by rogue actors.”

The volume, velocity, variety and veracity of data will grow exponentially and, “By 2050, virtually everyone is likely to have access to the internet, mobile devices and virtually limitless information.” Data transparency will increasingly become a challenge for the defence and security community.

It is recognised that “Cybercrime is likely to have an increasingly severe impact in the coming decades and will require law enforcement agencies to collaborate internationally with private companies to combat the threat.”

Additionally, the “echo chamber of social media may drive further divisions within society”.

In terms of information and politics: “Digital communications are likely to be increasingly powerful tools for political mobilisation, potentially facilitating political power transitions.”

Additionally, it is predicted that during the next thirty years, cyberspace will provide a new platform for collaboration between states and criminal groups: “The ability to subjugate and control cyberspace and data might become the most effective way of exerting economic, military and political power.”

A more outlandish prediction for the online world is around gaming: “It is not inconceivable that a virtual equivalent of the Arab Spring will occur where an uprising which begins with online gaming community expands into the real world.”

The world order is changing and as global power is redistributed, new stresses will emerge: “If current international institutions do not accommodate the interests of rising powers, a breakdown of international order could occur, possibly resulting in greater instability.”

In addition, the rising inequality could result in reduced social cohesion and fragmented societies: “Security, fragility and poverty are highly intertwined and can be drivers for discontent.”

There are increasing threats from crime and extremism as well as “Corruption and organised crime are strongly correlated with political instability, violence and extremism. Organised criminal groups will probably remain an integral part of conflict”.

Hybrid conflict and warfare are challenges that are likely to persist and evolve: “This could range from information operations in cyberspace to the proliferation of cheap military technology.”

Given the serious threats to security brought about by the balance of power shifting, it is reassuring to hear that “the risk of war between states is likely to remain low”. However, conflicts within states are becoming more common.

A further trend is that the global commons, such as the oceans, polar regions and space, “are seeing increased levels of activity and becoming the focus on intense competition, possibly conflict.”

Brigadier Ewen Murchison says, “The wealth of research and information distilled in this report is here to help those tasked with planning security to take a pragmatic view, identify opportunities and make decisions based on evidence, and become more comfortable dealing with uncertainty.

“Uncertainty, threats and risks can usefully be categorised as:

“The central idea of the research is that the rate of change and level of uncertainty may outpace good governance and unity. This means we cannot continue as we are, we need to think differently and adapt. Global Security Trends should allow the reader to draw their own informed and nuanced conclusions about the future.”

There is also a short four-minute video which is particularly informative.