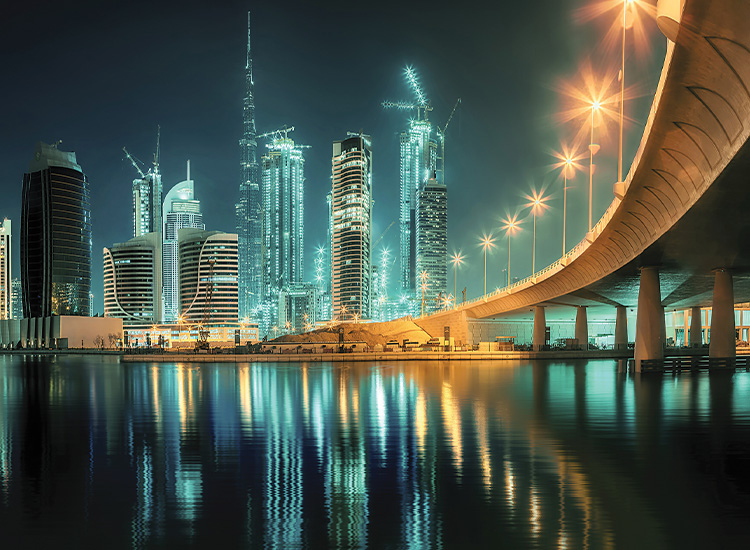 In the first in a series of articles, the Dubai Police explains how it is implementing the three pillars of its Strategic Plan: community happiness, a safe and resilient city,  and innovation in institutional capabilities.

When it comes to ensuring the safety and security of individuals, Dubai Police goes the extra mile – on land, over the sea and in the sky.

Its recently updated Strategic Plan demonstrates how the Dubai Police is following the directives of His Highness Sheikh Mohammed bin Rashid Al Maktoum, Vice President and Prime Minister of the UAE and Ruler of Dubai, who called all authorities to focus on anticipating the future, adopt sustainable strategic projects, and to work towards achieving the highest levels of happiness and quality of life for the community and visitors in the emirate.

The plan, which is based on three main pillars – community happiness, a safe and resilient city, and innovation in institutional capabilities – seeks to make Dubai a city of sustainable security and safety.

Below are a range of initiatives and services that demonstrate how the Dubai Police is ensuring these strategic objectives are fulfilled:

One important initiative that has significantly contributed to ensuring the safety of the community in Dubai is the ‘Home Security’ service. Launched in 2011, this sophisticated system links security cameras and motion sensors placed in homes with the force’s control room, allowing officers to take swift action when intruders strike. Residents can simply sign up to a Dubai Police app to notify officers when they will be away for prolonged periods so homes can be monitored.

Another significant initiative is the ‘Oyoon’ (Arabic for ‘Eyes’) Programme – a sophisticated advanced surveillance programme that was introduced by the Dubai Police in collaboration with strategic partners. The AI-based programme utilises data analytics to prevent crimes and respond quickly to emergencies. It also helps reduce traffic-related deaths and congestion. In Dubai, all cameras (more than 300,000) are linked to one central command room to respond quickly to crimes, security breaches, and traffic issues. ‘Oyoon’ enables Dubai Police to digitally tail criminals around the city just by uploading a mugshot into a database.

A similarly important security programme is the ‘e-crime’ platform. E-crime is a self-service that allows members of the public to report cybercrime. Dubai Police receives online crime reports and complaints through the platform, including threats, online extortion, hacking, fraud, and identity thefts. The platform has aided the dismantling of several transitional cybercrime syndicates and the recovery of hacked accounts and profiles.

Dubai Police also believes that community policing is critical to reinforcing good behaviour and preventing crime. Therefore, it has launched several initiatives to engage the public in maintaining the safety and security of Dubai neighbourhoods. These include the ‘Police Eye’ smart service, which allows community members to take photos or send videos reporting traffic violations and illegal activities, including disturbance, alcohol/drugs trafficking, suspicious vehicles and vandalism.

Recognised by the Guinness World Records as the first fully interactive and unmanned police station, the Smart Police Station (SPS) is one of Dubai Police’s smart channels available to members of the public to obtain policing services and complete their transactions around the clock. SPS also allows officers, who speak seven different languages, to serve customers effectively through video calls and provide 27 key services, such as reporting crimes and traffic incidents, and a further 33 community-based services.

A sensational project that has captured the attention of both security experts and car enthusiasts in the Ghiath Smart Patrol. Apart from being fully produced in the United Arab Emirates, Ghiath integrates highly advanced technologies, functionality, and reliability. Exterior features include emergency lights, police lights, side steps, a 360-degree deployable camera, eight exterior surveillance cameras, and a facial and licence plate recognition system.

Dubai Police also made sure its innovative services cover the vast sea, such as the ‘Sail Safely’ service, which facilitates rapid emergency response to maritime distress calls and helps warn users about unstable sea conditions. The service tracks a cruise’s journey; warns users about any delays during the trip; identifies hazards; sends distress requests directly to the Dubai Police; and determines the location of those in distress and the type and degree of distress severity.

Another key project that was launched just a few weeks before the beginning of the world renowned show, the Dubai Expo 2020, is the Drone Box. The Drone Box is an unmanned aerial system designed to help Dubai Police improve its operational effectiveness and reduce emergency response rates. The system slashes response time from 4 minutes 40 seconds to one minute for traffic and criminal reports. The drones operate from base stations with sliding roofs, from where they are launched and where they return after a mission. The drones can fly predetermined patrol missions, be sent to a specific location for inspection, or even be deployed to follow a suspicious individual or vehicle.

Dubai Police believes that making Dubai a city of sustainable security and safety means creating an environment that stimulates innovation and creativity when providing police and security services to society. Consequently, it has developed services across all sectors utilising the latest technologies and artificial intelligence systems to ensure the objectives of the Strategic Plan can be met.