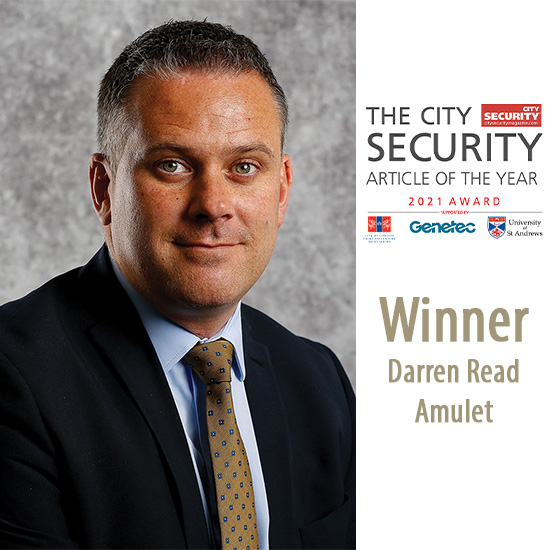 The City Security magazine Article of the Year 2021 Winners and Runners-up were announced at the City of London Crime Prevention Association (CoLCPA) meeting on March 21st 2022 in Draper’s Hall.

Don Randall MBE, Chairman of the CoLCPA, opened the ceremony by welcoming the finalists and the supporters of the awards to the meeting.

He explained that this is the third year of these awards where we recognise the authors who have supplied us with such great content: “City Security magazine prides itself on the variety and the high quality of security articles it publishes. We consistently receive positive feedback on the calibre of the articles and the magazine.”

The City of London Crime Prevention Association supported the Awards and were joined by Genetec – Steve Green represented Genetec at the Awards – and Informa Connect – University of St Andrews.

Don announced and congratulated the runners-up:

Don announced and congratulated the winner:

Don concluded the award ceremony by thanking and congratulating everyone who took part, including the authors, everyone who voted, the supporters and everyone here today.